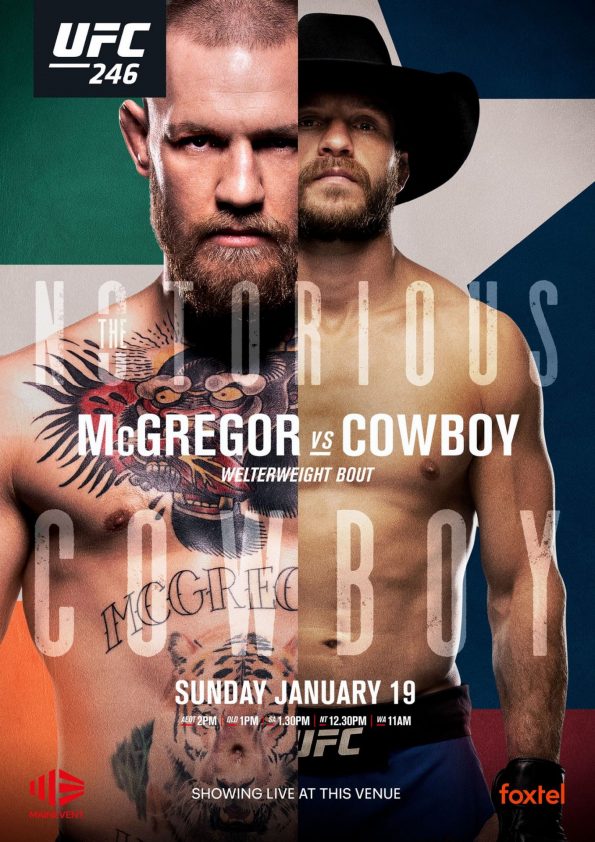 He’s back! Irish superstar Conor McGregor makes his return to the Octagon on January 18, and he’s kicking off 2020 with a welterweight showdown against the man with the most wins in UFC history, Donald “Cowboy” Cerrone.

Returning to action for the first time since October 2018 in the main event of UFC 246, the two-division champion from Dublin known as “The Notorious” one wants to make a statement against Albuquerque action hero Cerrone, who has picked up five post-fight performance bonuses in his last five bouts.

LIVE THROUGH THE VENUE JAN 19th FROM 1pm